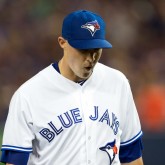 It should go without saying at this point, but just in case you weren’t paying attention for the last six months or so, not a lot went right for the Blue Jays this season. It could also be said that way more than expected did go right for the team in 2015 and 2016, but […] 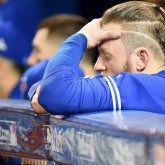 Many years ago, when I was just entering high school, I took a business class. The teacher, let’s call him Mr. Stewart, was a quirky fellow – and quite honestly not that great of a teacher – but on the first day of class he told us something that he said we’d remember for the […] 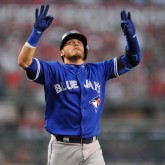 This is part two of the Blue Jays deadline 2017 top-ten trade value series. The introduction, as well as the tenth through sixth most valuable, went up at BP Toronto yesterday. As a brief recap before, your tenth to sixth most valuable Blue Jays trade assets: #10: RHP Joe Biagini #9: 2B Devon Travis #8: 1B Justin […] 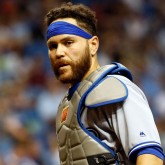 Monday night’s game against the Yankees marked the official midpoint of the 2017 Blue Jays’ season. While the season hasn’t played out the way Blue Jays fans would have liked thus far, there are 78 games still to be played. And a lot can happen in 78 games. Speaking of a lot happening in 78 […] 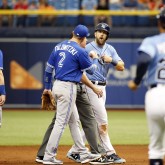 Written by Rachael McDaniel, Gideon Turk, and Elie Waitzer Steven Souza Jr.: A Familiar Foe, Now with Added Plate Discipline Steven Souza Jr. has been a thorn in the side of Blue Jays pitching for the entirety of his two seasons with the Rays. In his 34 career games against the Jays, he is slashing […] 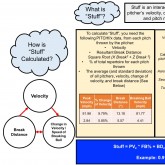 ***Sunday morning, Mike wakes up, knowing he has a Stuff report to file on Monday. He’s frustrated by the Blue Jays play, but relieved that he at least has an elite pitching rotation to write about*** 7:38 am Aaron Sanchez to the 10-day DL with a blister. Matt Dermody recalled, will give bullpen second Lefty […] 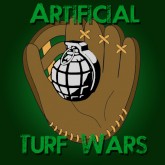 Greg Hamilton, coach and director of national teams for Baseball Canada, stops by to discuss Canada’s World Baseball Classic team. He details the selection process for the roster, the need for a blend of youth and experience, and how the team reacted to the absence of so many top players. Greg and Josh also break […] 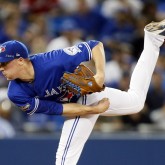 We normally only cover player agents when they make colossal errors, such as the one made by Paul Kinzer with Edwin Encarnacion. However, today we’re making an exception as, per Hazel Mae, Aaron Sanchez has hired Scott Boras. Source informed me #BlueJays RHP Aaron Sanchez has joined @borascorp and is now being represented by super […] 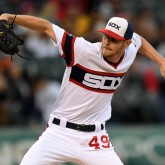 It sounds crazy. The Red Sox just traded for Chris Sale. Rick Porcello just won the Cy Young Award (even though he shouldn’t have). David Price could be their third starter. That rotation should scare every team in the American League. And yet, I’m here to say that it might not even be the best […] 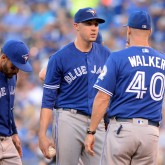 The Aaron Sanchez debate has finally been put to rest. After months of insisting that their young all-star would at some point be transitioned to the bullpen in order to avoid an unprecedented increase in his workload – reiterated by both president Mark Shapiro and general manager Ross Atkins earlier this week – the Jays […]