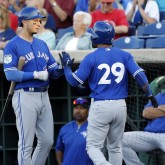 Nearly everything that could go wrong did go wrong for the Blue Jays last season. An absurd number of injuries combined with below-average depth players colluded to derail the Blue Jays’ 2017 season. With the exception of losing Aaron Sanchez for all but eight starts, leaving a gaping hole in the Jays’ rotation, these injuries […] 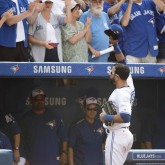 The 2017 season was not kind to the Toronto Blue Jays. After back-to-back appearances in the ALCS, the Jays failed to reach the .500 mark at any point. Fraught with injuries and sub-par performances, the year can only be described as a frustrating. Not matter how disappointing the season may have been, a day of bad […] 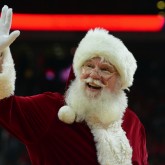 Santa Claus North Pole H0H 0H0 Canada Dear Santa, Can you believe that another year has nearly come and gone? I know you and the elves have been incredibly busy the last twelve months preparing for this very day, and so perhaps you haven’t really paid much attention to what has transpired in 2017 (aside […] 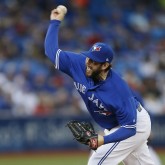 After the exhilaration of the past two postseason appearances, the Blue Jays’ 2017 campaign can only be described as a colossal disappointment. While it’s inevitable that a playoff team will eventually fall short of October baseball at some point, the Jays were built and marketed as a team in contention. In fact, most baseball pundits […] 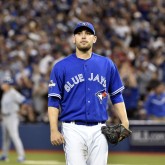 The unofficial second half of the season got underway this past week with the Toronto Blue Jays sitting six games under .500, 8.5 games behind the Boston Red Sox for first in the AL East and 5.0 games back of the second wild card spot. To say that this season has been a disappointment would be […] 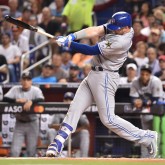 The first half of the Blue Jays’ 2017 campaign has been utterly disappointing. Thus, is should come as no surprise that their grade at the midpoint of the season is a D. Had they not gone 18-10 in May, this season would be a complete disaster. Entering the All-Star break with a 41-47 record, the […] 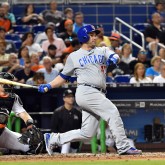 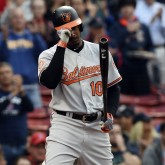 The beautifully complex game of baseball is unique in that it is ultimately a game of overcoming individual failures. It is a game in which the best hitters fail roughly sixty-five percent of the time and a pitcher is left atop a mound to dig deep for that last out. Individual errors are glaring and […] 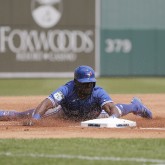 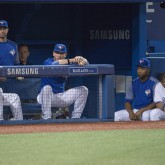 This week in Blue Jays has been, quite plainly, miserable. After being swept in a two-game series against the Milwaukee Brewers to begin their season at home, the Jays dropped three of four to their division rivals, the Baltimore Orioles, culminating in a 11-4 drumming on Sunday in where fans witnessed some of the worst […]