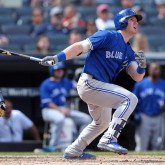 NEW YORK – Billy McKinney made his MLB debut on March 30, 2018 at the Rogers Centre. On March 31, he crashed into the left field wall and sprained the AC joint in his left shoulder. It would be his last taste of the big leagues until Saturday afternoon. Fittingly, McKinney made his Blue Jays […] 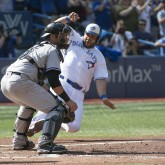 Written by Mike Passador, Gideon Turk, and Elie Waitzer Something to Play for? While the lack of furious playoff races means that few teams have consequential games on tap this weekend, there’s still a little bit of intrigue on both sides of this matchup. The Yankees enter this series three games back of the division-leading […]

Written by Joshua Howsam, Andrew Munn, and Gideon Turk Running Wild With the acquisition of former Cubs catcher Miguel Montero – and the likely option of Luke Maile – the Blue Jays now possess one of the least successful throwing tandems in baseball. Incumbent Russell Martin has thrown out just six of 40 attempted basestealers […] 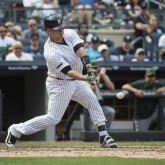 Written by Matt Gwin, Rachael McDaniel, and Joshua Howsam Attack of the Yankees Young-ins The Yankees have the second best record in the American League. At an active roster age of 28.1 years, they’re also quite young. If it were any other team, that’d be a nice feat, but for the ‘aging’ Yankees, it’s seems […] 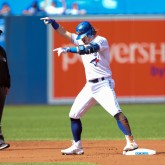 Coming off of two straight shutouts of the New York Yankees to start the weekend, the Toronto Blue Jays were looking to dominate again today against a suddenly free falling Yankees team. Marco Estrada had to pitch out of trouble a couple of times, but he came up in the clutch and escaped a seventh inning […] 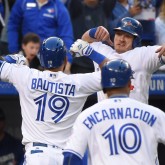 The heart of the order, the Donaldson-Encarnacion-Bautista combo that’s supposed to strike fear in the trembling hearts of the league’s poor pitchers, hasn’t been quite right for the past few months. Guys like Devon Travis and Russell Martin have carried the team through stretches, and the core three have gotten hot independently, but we haven’t […] 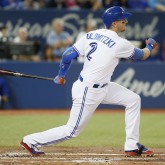 After getting swept by the Yankees earlier in the month, Jays fans were probably a little nervous coming into this game. They  didn’t need to be, as the Jays opened their series against the Yankees with a blowout, getting a few runs early and adding several more to seal an eventual 9-0 victory. The Jays had a rough […] 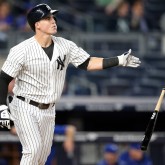 Well, that was an up-and-down game; I’m not really sure how to feel about it. I thought Aaron Sanchez pitched pretty well, throwing the ball low in the zone and generating a ton of ground balls. His pitch count was low throughout the game, a sign that he was able to get batters out quickly. […] 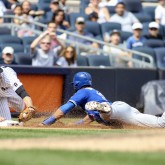 The Toronto Blue Jays were looking to carry some of the good vibes from their last game in Tampa into the Bronx for a battle with the fourth place New York Yankees. Things looked good early as the Jays were making hard contact but simply couldn’t cash in baserunners as the day wore on. A […] 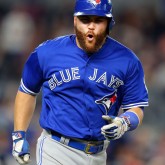 Tonight’s game between the Jays and the Yankees started with rain looming, and for once it wasn’t referring to Josh Donaldson home runs. After an early outburst of power from the home side, the game was interrupted by rain, with the Jays down a bunch of runs and the offense seeming listless again. The change in […]