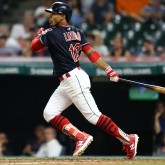 Written by Nick Dika, Cole Nefsky, and Joshua Howsam Kendrys Morales and Edwin Encarnacion are NOT really Having Similar Seasons With Toronto taking on Cleveland this weekend, the comparisons of two players inextricably tied to each other in many Blue Jays’ fans minds will face off for the second time this season: Kendrys Morales and […] 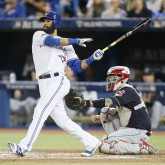 TORONTO – It’s no fun to pile on when a person is down, but so far in the American League Championship Series the Toronto Blue Jays have been completely outplayed in every facet. No one is going to point fingers at the Jays’ pitching, but a whole lot of weight falls on the shoulders of […]