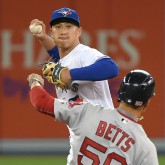 Written by Dave Church, Dylan Svoboda, & Gideon Turk Doug Fister’s Rejuvination The Blue Jays are dodging the bullet that is Chris Sale this week, but they will be running into Boston’s next best starting pitcher of late on Wednesday, Doug Fister. Fister was claimed off of waivers from the Los Angeles Angels by the Red […] 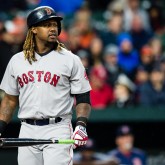 Written by Cole Nefsky, Gideon Turk, and Sean Addis  The Red Sox Shocking Lack of Lineup Depth Coming off a season in which Mookie Betts put up a good run for the MVP, Andrew Benintendi was promoted mashing, and the Red Sox as a team led the majors in runs scored, you would think that […] 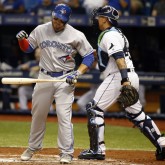 TORONTO — Baseball can be a funny game. The harder you try the more the game tends to slip away from you. The entirety of the Toronto Blue Jays roster has frustratingly dealt with this all season with the team breaking out of the gates to a dismal 5-13 record. They know they’re a good […] 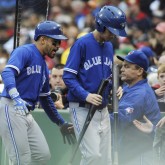 The narrative for game 162 could not have been better scripted. Facing the American League East champions on David Ortiz’s final regular season game of his career, the Toronto Blue Jays sought to clinch a berth in the wild card game. Aaron Sanchez was charged with the task of tackling Boston’s potent lineup, a start that […] 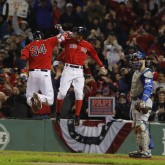 With just three game remaining in the regular season, the Toronto Blue Jays shipped up to Boston to play their ultimate – and by far most important – series of 2016. After having played 159 games, the Jays found themselves in a tie with the Baltimore Orioles for the wild card position, with Detroit and […] 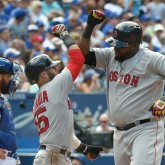 This game was wild from the very first inning. Mookie Betts hit a double over Kevin Pillar’s head in centre, a play Pillar usually makes, which cashed in the games first run. However, it was far from the last one in a high scoring affair. Edwin Encarnacion answered in the bottom of the first inning […] 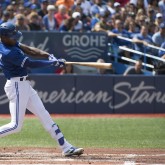 Fresh off the most embarrassing game of the season, the Toronto Blue Jays tried to exact a measure of revenge against the first place Boston Red Sox. Unlike last night, both teams had serious trouble scoring runs on the day, with J.A. Happ and Eduardo Rodriguez both turning in nice games. Thankfully Happ was just […] 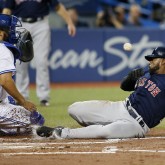 After dropping two of three to the Rays and getting swept by the Yankees, the Jays could have used a good game against the Red Sox to get back into the thick of things in the American League East. They didn’t get that, as a bad start from Marco Estrada combined with a defense that seemed to […] 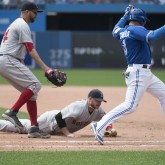 Toronto Blue Jays vs. Boston Red Sox September 9 – 11 Written by Eric Mercer and Dave Church There’s no other way to put it: This series is absolutely massive. Most fans are greatly anticipating the last series of the year against the Red Sox, but the team needs to get to a point where those games matter. […] 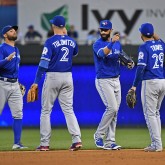 Many fans have to fight the urge to watch the out of town scoreboard in the midst of a close race, especially earlier in the season. Baseball season is long enough that trying to keep track of rival scores often turns out to be more trouble than it’s worth, but as the calendar turns and […]