It’s not exactly a secret that Marcus Stroman didn’t have the year he and everybody else expected of him in 2016. Going into the season, the 25-year-old starter was being talked about as a dark horse Cy Young Award candidate. At minimum, he was viewed as the most likely “ace” among a rotation that wasn’t supposed to possess the real thing. The rotation did end up with some ace-level performances (from both J.A. Happ and Aaron Sanchez), but Stroman wasn’t that guy. His 204 innings (not including two postseason starts) were exactly what the Jays were hoping for, but the 4.37 ERA was not.

Now the local talk shows are using Stroman’s name in trade suggestions, while national writers toss it around in rumours. It is as though, just one year removed from extreme expectations, the baseball world no longer believes Marcus Stroman can be an elite pitcher. They’re wrong.

From the start of July until the end of the season, Stroman posted a 3.42 ERA, well down from his 5.33 ERA in the first half. His swing and miss percentage rose from 9.1 percent to 11.1 percent. His walk rate fell from 7.1 percent to 5.5 percent. In short, he was a much better pitcher.

In my recent piece comparing the Toronto and Boston rotations, I attributed much of that change to his increased offspeed rate and less reliance on his excellent sinker, but there’s more to it, and that could mean yet another leap forward for the young hurler.

Here’s a clip of Randy Johnson speaking on his career. While they’re far from similar pitchers, there are a few notes that we can draw from the clip (0:20 mark, and again around 1:30).

Randy Johnson on Learning to be Pitcher vs Thrower & Learning By Watching Others. pic.twitter.com/hA3ohCOoRQ

To be clear, I’m not trying to say that Marcus Stroman is a “thrower” or that he isn’t a “smart pitcher.” It’s very clearly the opposite; Stroman is always making adjustments. Instead, the point here is that like the Hall of Famer, Stroman can emulate another pitcher to see how to take that next step. He doesn’t even have to search very far to find him.

Back in July, I wrote about how J.A. Happ had a particular unique skill when it came to his fastballs. With slightly over 5” of vertical break between his fourseamer and his sinker, Happ led all of baseball among qualified pitchers. Qualified, in this sense, meant 500 of each pitch had been thrown. Over 32 starts, that’s under 16 per game.

If you drop the threshold to 200 (or 6.25 per over 32 starts), J.A. Happ actually falls to third. Vincent Velasquez sits in second, and you can probably guess who comes in at number one: Marcus Stroman.

Unlike Velasquez, who is just barely ahead of Happ (only 0.13 inches apart), Stroman is a clear frontrunner. With 5.52” of difference between the sink of his fourseam and sinker, Stroman gets a full half inch of extra break over his left handed teammate. For a better scale, he is 2.88 standard deviations above the mean, and 0.35 standard deviations above second place. Stroman is a clear outlier.

This brings us back to Happ. As I mentioned in that piece on him linked above, what made J.A. Happ successful in 2016 wasn’t just stuff, it was how he used it. He made gains in Pittsburgh through fixing his mechanics, but he really came in to his own when he started mixing up his pitches a bit. He still relied heavily on the fourseam fastball, but what changed was that in addition to that four seamer Happ began throwing his sinker with some regularity. That forced hitters to not only deal with adjusting to speed differences on pitches, but also extreme changes in movement within a given speed range. As a result, hitters became worse against all of his pitches.

Stroman already has the command that Happ needed to gain in Pittsburgh. If he can start mixing in the fourseam fastball better with his unbelievable sinker, he can potentially achieve the same effect. He started doing that in July, going from 3.2 percent fourseam usage to up to 13.8 and, if he goes even higher, there could be yet another boost in his numbers.

But that’s not it for Stroman. He possesses three fastballs, and it just so happens that the other one is an outlier too.

Among pitchers who threw 200 cutters last year, Marcus Stroman’s had the fourth most sink, fighting gravity at 2.2”. Now, fourth place doesn’t exactly sound like an outlier, but what sets him apart is how it relates to his other fastballs. Bud Norris, Chris Tillman, and Matt Andriese all get more sink on their cutters. However, for each of those pitchers, the cutter was approximately six miles per hour slower than their regular fastball. That, in essence, makes them look like a completely different pitch.

Marcus Stroman’s is only three miles per hour slower.

That essentially moves Stroman’s cutter into the number one spot, with nearly a full inch more sink than Ian Kennedy gets on his cutter (3.13″). The horizontal movement on the offering was nothing to laugh at either. Among pitchers with a speed difference of four miles an hour or less between the fourseam/sinker and the cutter, Stroman’s 1.71” to the glove side of center ranked sixth, and only two of the five ahead of him (Samardzija and Kluber) threw the pitch over 90 mph.

When you put them all together, Stroman’s three fastballs look something like this (Hitter POV- Y axis is the vertical movement and the X-axis is the horizontal to simulate outcomes with same release angle): 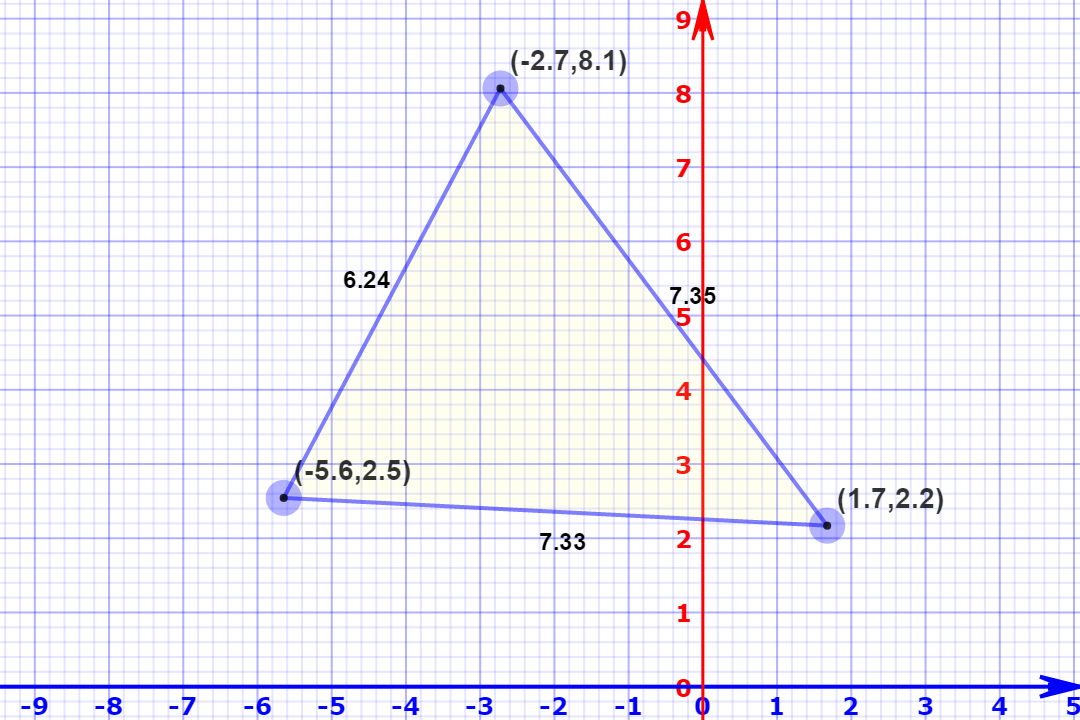 As you can see, Stroman has three fastballs that have a difference in absolute break between them of over six inches each (nobody else in baseball can say that), two of which are over seven inches. He also throws each one with the same release point, and all at 91 mph or higher. That means that after a hitter determines the initial flight path of the pitch and realizes a fastball is coming, he still has to cover an area of 20.7 square inches. That’s absurd.

It’s pretty easy to see how valuable Stroman’s fastballs can be if used effectively. It looks like he (or someone else on the Jays) started to figure it out as well. Last year, he threw 47.6 percent sinkers, 8.8 percent fourseamers, and 12.3 percent cutters. In September, those numbers had switched to 19.5, 38.1, and 18.0, respectively. As Stroman brings the usage rates even closer together, and combines that with continued liberal use of his excellent offspeed pitches, there’s a very good chance he joins Happ and his pal Sanchez and gets closer to becoming the “ace” we all expected him to be.

Tags: ace, Fastballs, Marcus Stroman, Toronto Blue Jays |
Joshua Howsam
Follow @joshuahowsam
Joshua is the Editor-in-Chief of BP Toronto and the Co-Host of BPT's official podcast, Artificial Turf Wars. He started out playing baseball with and against many current big league players. Then when his playing career fizzled, he chose to feed his passion by instead covering the game he loves.
read more from Joshua Howsam

Great article. I wonder if we will see Marcus pitch more up in the zone with the Fourseamer. Also, the Cutter has to be more refined and find the zone more often in regards too left handed hitters.

Yeah, he does miss down and in a lot with the cutter, but that seems to be a heavy function of the sink on the pitch, which makes it act less like a traditional cut fastball. Agreed 100% on the fourseam up.

Does his 4 seam have the same disguise that Happens does though? or is it weaker on its own that they would not want to over expose it?

The fourseamer alone still is somewhat abnormal (it has less “rise” than many pitchers), which would lead to a few extra grounders, but its lack of run would probably allow for more hitters to square it up in a vacuum. That’s why I think it’s important that he uses all three fastballs liberally, as opposed to just relying on one.

Joshua. Here is the pitch quality history for Stroman:

The QoP info is interesting, but my point here is that it’s the difference in movement with combined usage that matters, not the quality of any one individual pitch. Basically, the whole is greater than the sum of its parts. It’s an idea that is more related to the “Stuff” metric that Mike Sonne created (and which you can find on this site), but focused on a specific subset as opposed to the arsenal as a whole.