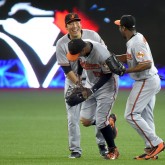 The Blue Jays were back in action on Wednesday looking to take the series from the rival Orioles and looked to be in good shape until the game’s final two innings. There were no late game heroics for the Jays, who dropped the second game of the series after failing to cash in on offensive […] 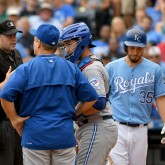 The Blue Jays dropped the rubber game of a three game set to Kansas City on Sunday afternoon as the offense once again failed to deliver in a 7-1 defeat at the hands of the reigning champs. Marcus Stroman was bested by Yordano Ventura and the Jays failed to take advantage of their nine baserunners […] 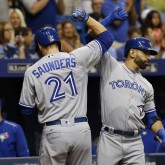 The Toronto Blue Jays opened a three game series against the Tampa Bay Rays Friday night in St. Petersburg.  This is already the second trip in 2016 to the “House of Horrors” for the Blue Jays.  The last time they split a four game series at Tropicana Field but missed an opportunity to sweep the […] 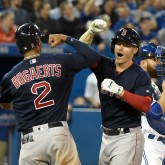 It was time for 2016 Home Opener and the city was buzzing with anticipation. The Roger Centre was filled to capacity with over 48,000 fans who filed in early to catch the opening ceremonies – which included the Jays first MVP (1987) George Bell presenting last years MVP Josh Donaldson with his plaque, video tributes to […]