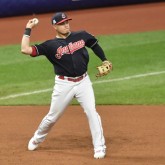 The Blue Jays made a seemingly minor move on Wednesday afternoon, acquiring third baseman Giovanny Urshela from Cleveland in exchange for cash considerations or a player to be named later. Just the third baseman that fans have been pining for, no doubt. Urshela was activated from the DL and designated for assignment on May 4, […]