Things are looking up – arms have stopped flying off pitcher’s bodies and some wins have started coming around (until this series). But – what about the Stuff? We always want to know about the Stuff. 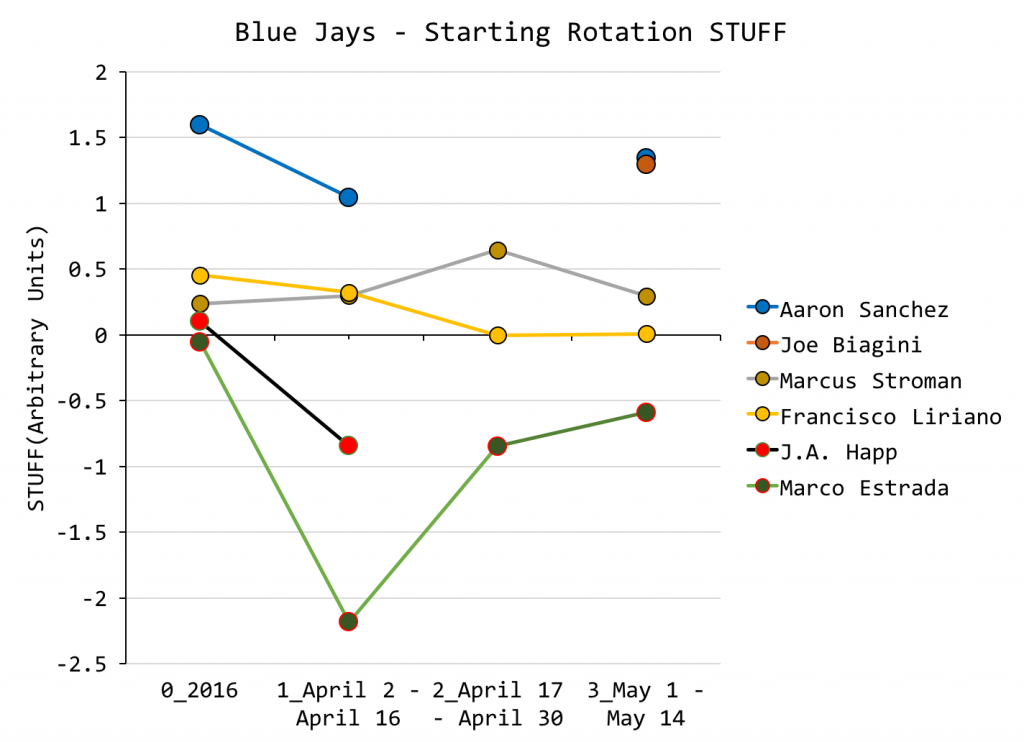 Now, the STUFF report gets a bit messy here – because Joe Biagini has become a very bad man as a starter. When you look at his Starting Stuff – it’s pretty comparable with the known beast of STUFF – Aaron Sanchez. Just how similar are the two?

A limitation of the STUFF metric is that it doesn’t look at pitches individually – it looks at the pitcher’s arsenal as a whole. When you do this – it’s pretty evident just how similar Sanchez and Biagini look. Obviously Joe doesn’t have the nasty sinker that Sanchez posses as a main weapon, but the velocity is comparable, the change in speed is very similar, and Sanchez gets a bit more separation between his pitches. One advantage that Biagini has over Sanchez is that he tends to use more of his arsenal. This plays very well when considering the prospect of Biagini being a starter over the long term. 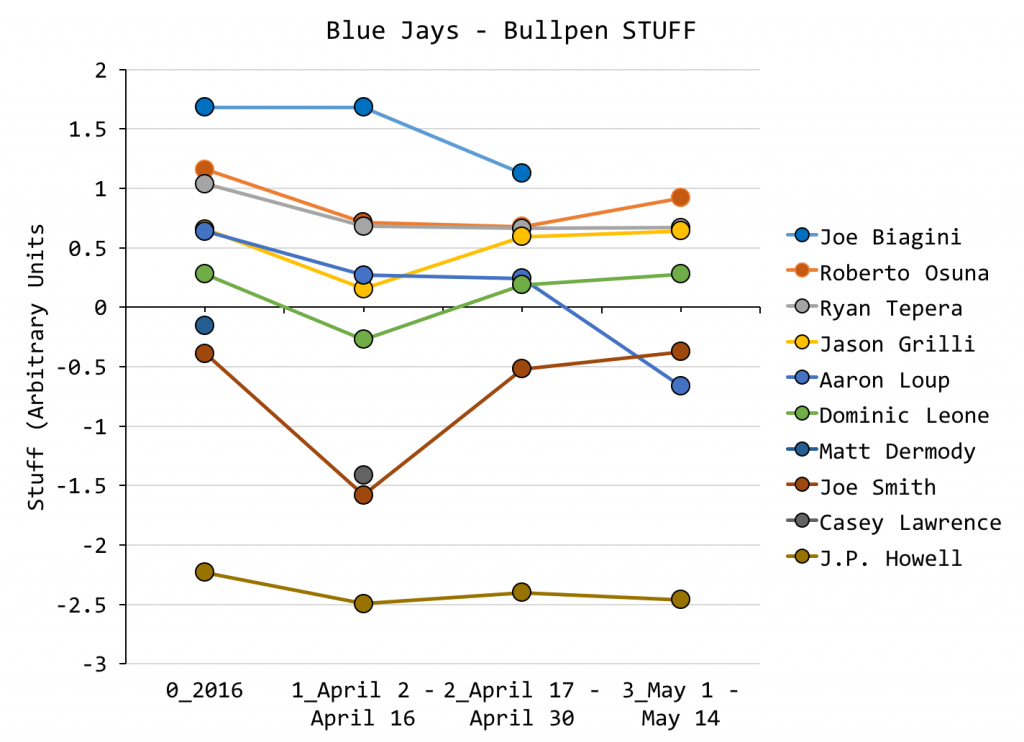 After some down weeks to begin the season (and some down results to follow), Roberto Osuna’s STUFF has started to climb towards its 2016 level. There have also been increases in STUFF by Joe Smith, Dominic Leone, and Jason Grilli. This has had mixed results for the pen – as Smith has been lights out, Leone has been hit or miss, and Grilli has been a bit of a punching bag. The Bullpen had a bad one this week, but they’ve had a lot of success recently. Let’s hope they can keep it up.

The Blue Jays continue facing the worst Stuff rotation in the Majors on Thursday – the Braves, lead by Colon and Dickey, aren’t lighting up the radar guns. Let’s hope the hitters can take advantage and steal a game.